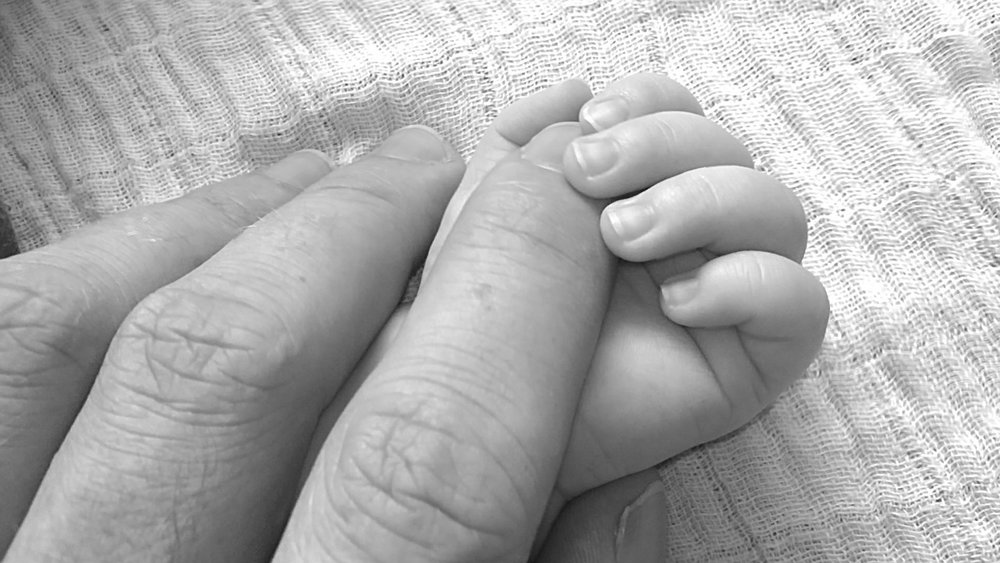 Looking at the stories out there about parenthood, they’re still dominated by a journey through pregnancy, birth and parenthood (just writing that is making me think about my own website menu!) If you want to read about experiences which don’t fit into this, you often have to seek them out.

Adoption is one of those experiences that you might not read or hear about unless you go looking. Yet starting an adoption journey can be extremely daunting, and there’s a lot of misinformation out there to wade through.

So, I spoke to Tom Cox to ask him to share a little about his adoption journey. The Just One Thing he’d like to tell any new parents starting their adoption journey is ‘Relinquish all control’.

“If I were to tell a parent one thing it’d be to relinquish all control. To let go. You may try to control this parenting lark… but really, you can’t. Well, you can try, like I did, but you’ll soon learn it’s easier to let go and let it flow in whatever course it takes.

Especially parents-to-be who are embarking on the adoption journey. Do all that you can within your power to help yourselves on the journey, but don’t push things and don’t beat yourself up during the process. Especially the quieter times of waiting… because there will be plenty of them.

My husband and I adopted almost three years ago now in April 2015. Wow, when I write that it sounds like forever ago. But it’s been three, short, very quick years. It was the most wonderful experience for us. We had a social worker who just got us. We were open books. No skeletons. We knew we wanted to build our family and we went and got it. There are so many perceived ideas of adoption and the invasiveness of it all. And I guess it is invasive. One person has to decide whether you are right to take on a child. A child that may have experienced neglect or abuse. No matter what anyone says, you have to be a certain type of person willing to accept that. If you want a beautiful blond haired, blue eyed baby delivered by the stork fresh the womb… adoption is probably not for you.

But I am not saying the results aren’t beautiful. My son is that little angel. Just the vessel he arrived to us in is slightly different to what most birth parents experience. But he was one of the lucky ones. We saw his little face pop up on our screen when he was 10 months old. All we were told was we wouldn’t find a baby and to be prepared to find an older child needing a home. I felt young enough and fit enough and awake enough (not anymore mind you!) to take on a baby as young as possible. And I remember that day so well when his profile was sent to us. I knew then and there I was looking at my son.

This is what I really struggled with on the adoption journey. During the training and the talks from adopters I was told “you’ll know when you’re looking at your child” but I doubted it. I just didn’t know how that would feel. But yup… I was proven wrong. We’d been sent profiles for a month or two and we just weren’t looking at our child each time. But every time it broke my heart to think we weren’t the child’s parents. I had faith that the next inbox the child landed into would be his forever parents.

We saw his face in December 2014. And in April 2015 we met. And we fell in love instantly. It’s like it was meant to be. Everybody around us said it. It will go down as the most magical, terrifying, scary, beautiful time of our lives. We spent a week having introductions at his foster carer’s house where he had spent his first 14 months. We were whisking him away from all that he knew and this is when I realised we needed to relinquish all ideals. All the visions I had. And let life provide me with the reality. This boy had his own mind, he had to learn to love us and we did everything in our power to make him love us!

Three years in, the bond is incredible. We are his dads. I say it all the time but I forget we adopted. I feel he is a part of me. No… he IS a part of me. We’ve been together in many lives before and here we are again. He’s my soul mate. My best friend. And I can hand on my heart say letting go and letting nature take it’s course in terms of getting to know him, to bond, not forcing anything has put us in the best position on this journey as parents.”