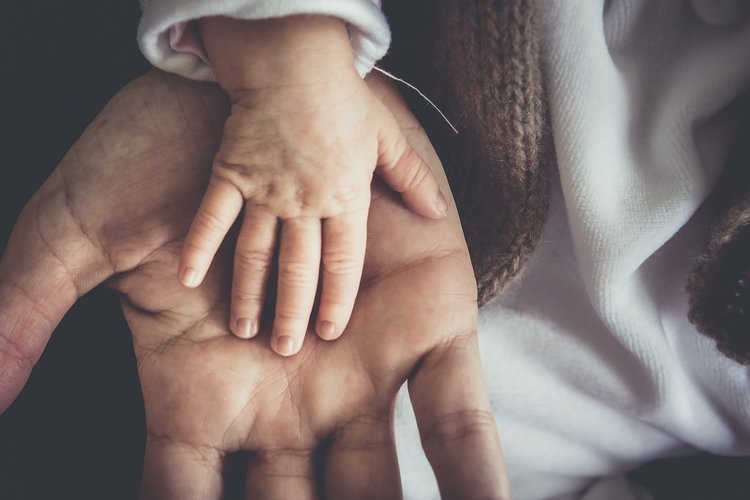 Since I’ve been active on social media, there has been a huge shift in how readily people talk about perinatal mental health. There is a growing community on both Instagram and Twitter talking openly about how parenting affects your mental health, and offering support to one another.

However, this is largely driven by women. While there are pockets of support for dads, men are still portrayed as ‘strong and silent’. Even in the research literature, when dads are mentioned it has historically been as a supporter to the mum. Only recently has there been acknowledgement of how much partners can be affected too by the birth of a child.

Louis Dunn works as a Dads’ Worker for Dads In Mind at Bluebell Care, a charity supporting families in Bristol. He’d like to let Dads know that it’s important they talk about their mental health too. His Just One Thing for new dads?  “Break the stigma”.

‘Your perception may be that everyone around you is doing fine (its ok not to be ok) and you’re the only one finding this difficult. In reality 1 in 10 Dads suffer from mental ill health during the perinatal period. So take comfort in the fact you’re not alone.

My name is Louis I am 28 and from Bristol. I work as a Dads’ Worker for the charity Bluebell care and I offer 1:1 support to dads experiencing depression/anxiety related to their new role as a parent. I am a dad of 2 myself I have lived experience of managing mental ill health. I am really keen for fathers to have their voices heard too.

I lead their emotional support service for new dads, which is called Dads in Mind. One of the things that have been most successful has been offering peer support to dads. I have been thinking about why this is successful.  I remember finding being listened to in a non-judgmental manner really helpful myself when I was unwell. This meant whoever was listening to me was just listening. They were reflecting on what I was saying without offering SOLUTIONS to my problem. They didn’t need to be a mental health expert, only to be thoughtful about their own experience and to try to point me in the right direction. I think this can be a difficult balance to find, as it is easy to retain focus on what worked for you and to then to try and help the person in front of you by telling ‘your story’. I don’t think true empathy works like this, instead it is just saying “I get it”, “I understand”, “that must be really difficult”. To just acknowledge that somebody is finding it tough at the moment is often enough. Peer support can often be really effective in this way. Somebody who has lived experience of their own, but isn’t necessarily a mental health professional, can have great people skills, listening skills and be able to relate to you on a human level, dad to dad. I refer to this as ‘normalisation’. Normalisation of an issue like paternal mental illness can help those who are currently experiencing it, to feel more normal, less isolated and more able to talk about their own experiences and to seek help.

So dads whether you are a new dad, expecting dad or even have multiple children remember you’re not alone. 1 in 10 dads suffer from mental ill health and the best thing you can do to normalize it is speak up. Break the Stigma ‘