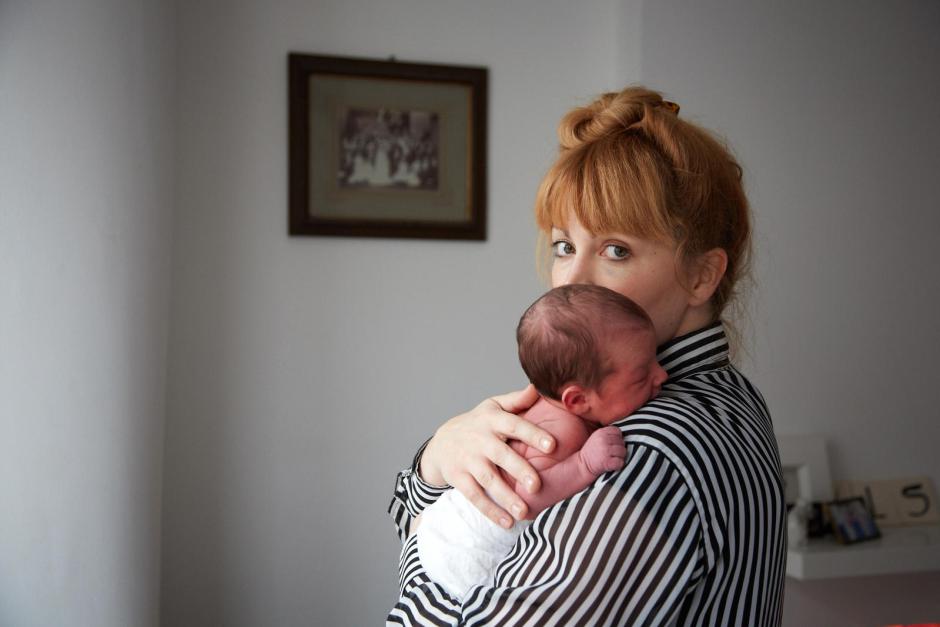 My next contributor is Jenny Lewis, a photographer based in Hackney, London. Jenny’s long term project One Day Young saw her photographing mums and babies when they were less than a day old. The images are so powerful. 40 were selected for her book in 2015 but she has continued the project, recently taking a series of photos focused on perinatal mental health.

Jenny kindly let me choose a photo from the series to use for Just One Thing. I have chosen a photo of Katharina and Tito, her first baby,  who Jenny met with again more recently during her fourth pregnancy – which you can read about here.

The One Day Young series manages to capture the huge range of emotions felt by new mums – many are joyful, many pensive, all are cradling their babies tightly as if they can’t quite believe they are here. It gives us a privileged glimpse into a part of life which is often so shrouded in mystery.