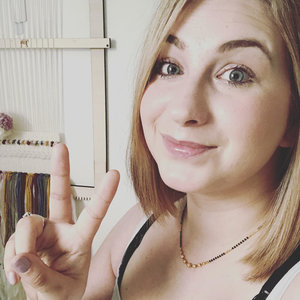 What made you start sharing your mental health experiences online?

Ravi’s delivery was a very traumatic medical emergency where a large endometrioma had stuck to my uterus and bowel, twist, burst and then sent me into premature labour. I lost a shocking 4 litres of blood during the delivery, which was a Caesarean section under general anaesthetic. I didn’t get to meet my son for 14 hours after his birth and I can’t remember the first 2 days of his life due to the anaesthetic and trauma. This all led to a gradual downward spiral of depression, flashbacks and sensations relating to the delivery. After 8 months I suffered a breakdown and finally confessed the extent of my mental health crisis to my GP. I was subsequently diagnosed by a psychiatrist with Bipolar 1 and psychosis, something I have likely struggled with since my late teens, and Post Traumatic Stress Disorder due to the traumatic nature of my son’s arrival. Although I am mentally stable now and have worked through the trauma, it still wouldn’t be medically recommended for us to try and deliver another baby so at the end of May I am booked in for a Total Hysterectomy, which comes with a lot of emotion and a heavy heart.

I felt like a total failure of a mother after my breakdown and episodes of psychoses, like I just wasn’t cut out to be a Mutha after all. Being a mother is one dream I have had since I can remember and I felt I was letting him down by not being able to socialise and enjoy baby groups. Once I had my diagnosis (Bipolar type 1 and birth trauma related PTSD) and did some extensive research into the support available to women, I was adamant I wanted to raise awareness and share my experiences so other Mums don’t feel as alone as I had felt at such a vulnerable time. My DM box is always open and I receive messages daily from mums, mums to be and other ladies suffering with mental illness who just sometimes want a chat.

What have been the pros for you?

It’s been very cathartic to type out how I feel and often as I type I can talk myself down a little and often avoid entering a crisis. I also receive really lovely supportive comments and messages that really help me through some darker days. It’s also been lovely to give that support back to women and men who are in need of an ear to listen or to sound off.

What have been the cons for you?

It’s an open platform and I can often feel vulnerable and lack confidence with my wording, so I occasionally find myself deleting a post. I am a heart-on-my-sleeve type of person but during my breakdown I tried to hide the extent of the delusions, paranoia and non auditory voices (inner voices that are not a conscious thought or external voice) from my family, husband and doctors. My family now probably know more now about that period of time and situation because of social media, which must be upsetting to them but sometimes it’s easier to write than talk!

Social media is a blessing and a curse at times, I often finding myself having to remember that it’s not real. When I say that I mean we only show what we want to, our life highlights if you will, because who wants to see a pile of laundry higher than the Himalayas or a mouldy cucumber that’s been festering, unforgotten in the fridge since the day our little ones popped into our lives. There are some wonderfully inspiring accounts who have really stuck their head out of the water and show their true reality, which is incredibly inspiring. Something I hope to get better at.

I also try and speak out for those people who suffer from severe mental illness, which is still often ignored. Sometimes life will try to get you down, infertility, miscarriage, chronic illness, cancer and grief to name a few will have you questioning your own mental stability and in those testing times it’s absolutely ok not to be ok. But sometimes a simple, helpful and seemingly inclusive phrase like “It’s ok to not be ok” has a different meaning to those suffering with severe mental illness, like bipolar, schizophrenia, ocd and addiction. My personal view is that this phrase has the ability to wipe over the severity of a potential mental health crisis. In these circumstances it’s NOT ok to not be ok, it’s not ok to suffer with delusions, suicidal thoughts, paranoia, hearing voices, obsessive tendencies to name a few. Those symptoms of mental illness need urgent medical attention and can’t be made better with a journal and mindfulness.  Mental Health Illness isn’t all about depression, it’s bigger and more powerful than one illness/diagnosis. I have lost friends and family to mental illness and I truly believe intervention is key, but we are so good at hiding behind the stigma and trauma of severe Mental Health, we are so good at only showing our “best bits” because we know that’s what people want to see, it’s what will create the best content and get the most likes. No one really wants the awkward conversation that comes with trying to explain they just don’t want to walk this earth anymore, we/they don’t want to put that on anyone else until it’s often just too late. Our minds are so fiercely powerful it’s terrifying, but the stigma has to end. Suicide is not the easy way out, it’s not something you choose much to common disbelief and stigma. How we raise greater awareness I don’t know, but the answer is out there somewhere and I am all for trying to find it. Mental Health services are few and far between in this country, students, men and new mothers are amongst the most vulnerable in the UK with limited resources to support them and of course the stigmas they face. It’s not all about counselling and antidepressants, we need to help people recognise a looming crisis and have failsafe pathways in place to support recovery. I truly believe having support to recognise triggers and teaching those how to confront and deal with those triggers is the greatest tool we can give anyone suffering with mental illness, even depression.

Food for thought? Perhaps… will it change in my lifetime… I hope so.

Did your sharing online lead you to making any real life changes?

Yes. It’s been amazing to connect with others who have faced similar situations and see how they keep a check on their thoughts and feelings, I have started practising yoga, crafting and hope to start exercising after my up coming hysterectomy for Endometriosis. I also definitely need to start documenting my moods more frequently and have seen some fab journals to consider thanks to the power of Instagram.

Did it lead you to making any decisions about accessing professional or medical help?

It has, but unfortunately in my area the Mental Health Recovery Team who provide access to complex therapies haven’t enough funding for me to be seen. Therefore I would need to go privately, which is really very expensive in comparison to CBT, counselling and other talking therapies. I have tried a lot of different medications in the last 2 years to try and stabilise myself, non of which were fully effective to one extent or another. I have one last medicinal therapy to try in the summer and if this doesn’t agree with me I am going to look into alternative therapies as recommended to me by a lovely lady on Insta, but right now I am stable and enjoying being well enough to work again.