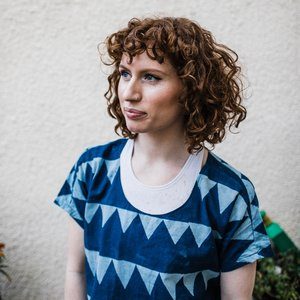 What made you start sharing your mental health experiences online?

I was already a beauty blogger, but I always wanted to “keep things real”, posting about daily life as a mum with all it’s hardships – and wonderful bits too!! I didn’t mention my depression for a long time as I was very worried that I wasn’t actually depressed – and didn’t want to use the label wrongly.I was actually extremely depressed and suicidal, funny how some of us just never think we are “good enough”!! When there began to be talk of me going to hospital I think it hit me just how poorly I was. I then started sharing more as I became more ill.

What have been the pros for you?

There have been so many pros. In a selfish way, getting the likes and comments almost validated my feelings and illness. I felt like I was getting sympathy and attention. There were definitely “healthier” pros too – I’ve connected with so many people that could relate to my little captions. It’s made me feel less alone, it’s made me feel GOOD for knowing that others have felt less alone because of what I’ve written or said. I’ve even met up with several people from Instagram and have made lasting friendships.

Also, I’ve always been an extremely secretive person. I’ve had friends that have known almost nothing about me, just the shallow on the surface things. I never used to talk about mental health, and I generally liked to keep things to myself. I thought that people who spoke openly about their thoughts and feelings were drama queens, and just hungry for attention. However, talking more and more openly online, has helped me to become more open in real life. Talking online felt much easier, as you could edit, you could even delete if you wanted to. There was no one sat in front of me, with visible reactions to what I was saying. I had so many people telling me I was brave, and yet it wasn’t scary at all!!! Obviously at the same time, I was in hospital and was learning to talk about my mental health more and more. So I think both together really changed something in me, and made me realise that being open wasn’t this terrible, selfish thing I had originally thought it was. Actually it was really helpful, even empowering. Now I feel much more at ease talking about pretty intense, personal subjects, face to face with people. Don’t get me wrong, I still get nervous, I still worry that no one really wants to hear this “boring rubbish”, but I’m definitely in a different mindset than I was in a year ago!

What have been the cons for you?

Well to follow up from my first pros – the likes and comments – I think I can easily get caught up in the numbers game. You can never have enough really. It’s very easy to think “if I had *so many* likes I would feel better”, but it just doesn’t work like that. I also worry about whether I’m using my illness to get likes. I can see that on instagram if I post about mental health, or babies, I get more likes than if I post about beauty. It makes sense as people are usually drawn to the more personal posts. I do now try really hard to just post what I want to, when I want to.

I have had a few negative reactions, and although I was expecting it, I still find every thumbs down on YouTube, or strange comment on instagram really, really hard to deal with. We always pick up on the negatives so  much more than the positives. I could have 100 thumbs up on a video and one thumbs down and that’s it, the whole day is a write off as I’m in such a state.

Obviously there’s always the comparison trap too. I can very easily get obsessed with the idea that someone is doing better than me, and this can get really mess with your head!

Did your sharing online lead you to making any real life changes?

Yes definitely! Like I’ve said, I am so much more open and honest in real life now. This has made me create stronger, deeper relationships with people. I think keeping talking on social media has kept the momentum going for me, and has almost “kept me in practise” ready for my therapy sessions. If I compare what I’m like in therapy now, to what I was like only 6 months ago… there’s such a difference, and I really do believe that talking on social media has helped that.

Did it lead you to making any decisions about accessing professional or medical help?

Not really, as I had accessed help, or at least was attempting to before I started sharing on social media.

Go back to 5 Questions