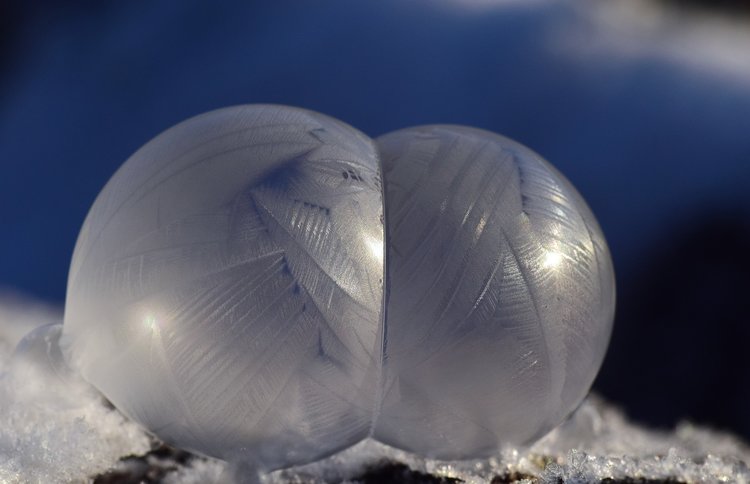 “I’m the type of person who likes to be prepared for every eventuality, so when I found out I was pregnant, I imagined what it would be like to have twins. I didn’t seriously think I’d be having them though, so it was a bit of a shock at the 12 week scan to find out there were two babies in there. I’m a very independent person and I love my freedom, and when I thought I was only having one baby I had visions of myself swishing through town with my baby in a sling, carrying on much like I had before. Realising we were having two babies put a stop to that fantasy pretty quickly, and it was a bit daunting to think about how much harder and more expensive things would be now. Once we got over the initial shock though, we were really excited and felt incredibly lucky. We knew things were going to be crazy, and we couldn’t wait for the challenge.

I had a really healthy pregnancy and was able to keep exercising for most of it. I even managed to take part in a dance show when I was 33 weeks pregnant. That was such an achievement for me, and I felt so thankful that my body had allowed me to do it. Unfortunately the birth didn’t go too smoothly though, and after an emergency C-section our babies ended up being starved of oxygen when they were born. They were both very poorly, and Cooper had to spend his first 4 days in NICU.

We’re all home now, and things are actually not quite a chaotic as I thought they’d be (although I do like to prepare myself for the absolute worst – that way I’m often pleasantly surprised). After a few days of feeling a bit out of control, I introduced a routine which I adapted from a parenting book, and it immediately made us all feel a lot calmer and happier. I know routines are a controversial topic when it comes to newborn babies, but I felt I had to have one with twins, just to maintain the illusion of having some control over my life! You’ve also got to be kind to yourself. Having two babies screaming at you at the same time and only one pair of hands can make you feel pretty helpless, but you’ve just got to crack on and not be too hard on yourself. If you’ve had a bad day, take some time to reset at the end and remember that tomorrow is a new day, and it will be better. (Okay it might not be, but the day after will be, or the one after that…). 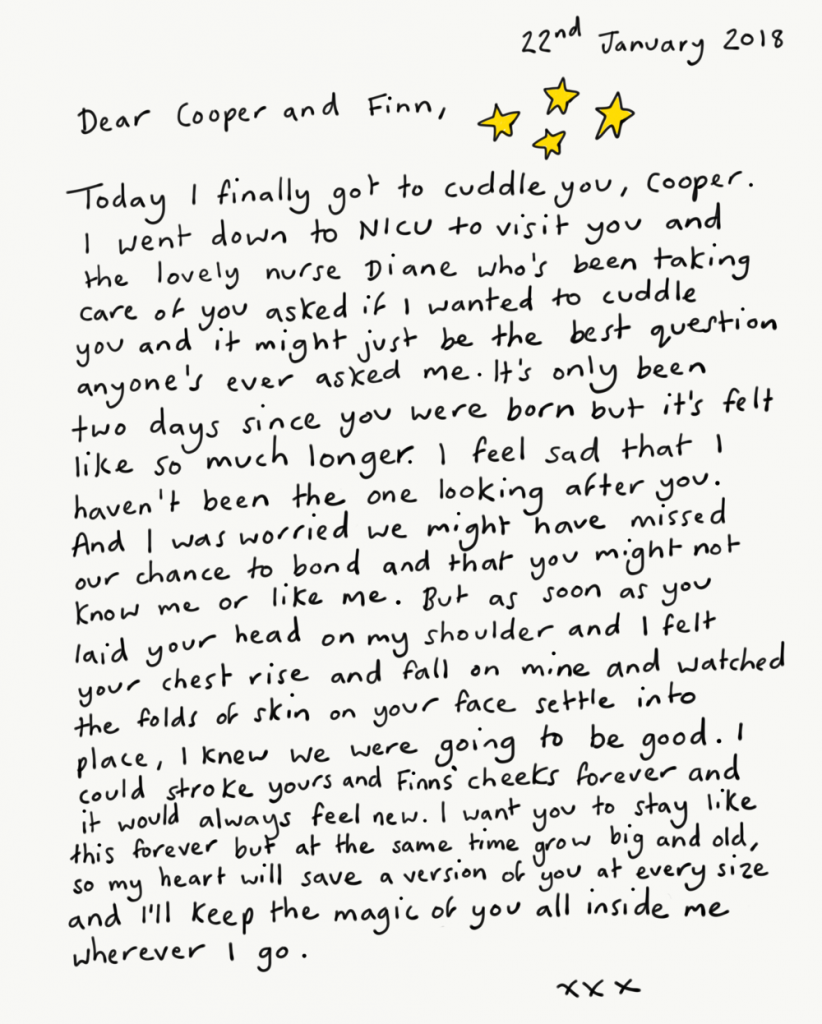 Jojo  is a freelance Creative and currently splits her time between parenting her new twin baby boys Cooper and Finn, writing them letters, making silly doodles for Instagram, making tea she never gets to drink, and copywriting for some great brands.

Jojo was also kind enough to allow me to use her fabulous peace print for the V is for Village campaign.

Credit to Lucy Ridges for photography